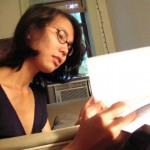 My research endeavors, broadly speaking, are sociological theories, urbanism development, and city planning in Southeast Asia. The case study of my investigations was Phnom Penh. The reinvestment of the city of Phnom Penh, emptied of its inhabitants during the war - the Khmer rouges had a politic against cities and urbanites – is a unique phenomenon. The new inhabitants gradually took over the city. It is only with time that public spaces are again occupied by this new population with a rural background for the majority of them. This acknowledgment of the population background has a real impact on the way of living and experiencing the city nowadays.

After publishing several articles and book chapters on prewar Cambodian popular music, I am turning toward cinema. I am currently working on a book on Cambodian early cinema Faded reel: The Art of Four Cambodian Filmmakers 1960-1975. It will be the first book to provide a complete overview of the most influential directors of the era: Ly Bun Yim, Tea Lim Koun, Yvon Hem, and Uong Citta (Kanthouk).