"Almost 40 years after the Khmer Rouge regime devastated Cambodian cultural production, artists are uncovering their own growth that formed out of the bloodshed. The genocide, which affected how Cambodians articulate their culture, perpetuated a mass exodus of over one million people who scattered across the globe to the United States, Canada, Australia and Europe. Caught between identifying their sense of belonging in two (or more) different countries, Cambodian refugees that fled the genocide have experienced various moments of displacement, abandonment and cultural hybridity. InCube Arts Space’s “INTERLACE,” curated by Loredana Pazzini-Paracciani, features three artists who weave into their work their personal life stories of growing up outside their homeland, as well as the challenges they faced while assimilating within a society that either ignored or misconstrued their native culture. Feeling stateless after fleeing their homeland, these artists have articulated and defined their own space through their artwork. They create their own metaphorical maps, illuminated with new shapes and border demarcations, through mixed media and performance art that reference childhood memories and practices that have remained throughout their upbringing abroad." 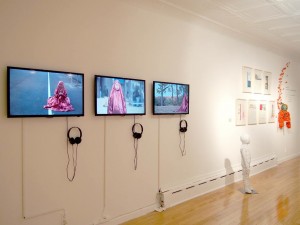 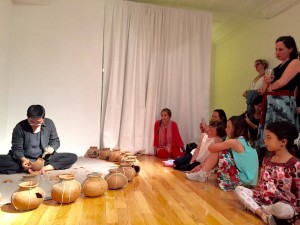